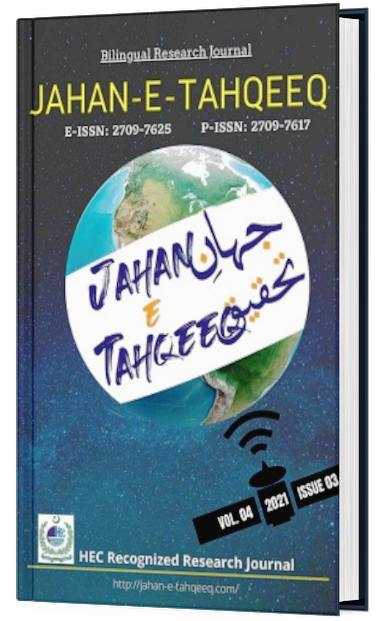 Ethnocentrism plays a pernicious role in the world and it propagates a bias, unfair prejudice and marginalization. The Westerners define themselves superior as well as a civilized nation. The current study aims to draw attention to the Westerners biased and limited mind set which affiliates characteristics with the people of the East like uncivilized, inferior, barbarians, alien and a threat for the West. This biased attitude has fabricated a line of demarcation between the East and the West. This study explores the ethnocentric approach of the West towards the East. It exposes how the West underestimates and misrepresents the Eastern countries. It also approaches how the West is still controlling the lives of the people of the East by language, culture and power. The present study is a textual analysis and has adopted Kinder and Kam’s theoretical framework of Ethnocentrism to investigate the text Thinner than Skin by Uzma Aslam Khan. This research paper concludes that the Westerners biased mindset and their unfair prejudice is still shaping and controlling the lives of the people of the East particularly the Muslim world negatively.

This work is licensed under a Creative Commons Attribution-NonCommercial-NoDerivatives 4.0 International License.